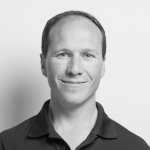 Shortly before the 1964 Tokyo Olympics a Japanese company launched a pedometer called Manpo-kei, which translated into “10,000 steps metre”. It was based on the research of Dr Yoshiro Hatano, an academic from Kyushu University who was concerned about the effects of the western diet on the Japanese population. Quite simply, he thought that by asking people to exercise more, it would offset the problem.

The 10,000 step figure has since become synonymus with fitness tracking devices and people’s perception of what a good level of physical activity looks like.

Ideally, we should of course all spend more time moving. However, what we’re looking for here is the most effective way to spend your time moving  and improve your physical health and secondly, can people adhere to such a fixed goal?

So what’s the research on the 10,000 Steps?
Well, one study performed at Harvard Medical School, with only female particapnts, looked solely at whether or not more steps were associated with reduced mortality.

Here’s what they found:

In another experiment, highlighted on the BBC with Dr Michael Moseley, a group performing 10,000 steps per day were compared with a group asked to perform 3 x 10 minute blocks of walking. This was called the ‘Active 10’ approach. In this group partcipants were asked to walk at a brisk pace, a pace where they could ‘talk but not sing.’ The total number of steps totalled here is more like 3,000 per day.

Bringing it all together.

We’ve got to remember that the 10,000 step rule is from 1964. The researchers back then probabaly had great intentions. However, time have moved on.

Exercise benefits don’t just come from volume. Greater variation is required to stimulate your body. This is shown in the above programs where gains correlate with greater intensity. In addition to this we also need to look at vigorous cardiovascular exercise and also strength training all of which can be performed in a more time efficent manner.

The 10,000 step program would forma a great baseline of health for other programs to be built upon. The ability to adopt such a program taking so much time would again be a limiting factor and a reason to adopt a program such as the ‘Active 10.’

All but the most committed of exercisers would find it hard to adhere to the 10,000 step program. Science into behaviour change suggests that starting tiny and by doing something you enjoy are the two strongest ways to start a program. By adopting a program that consumes less time and gives you quicker results, you will be more likely to maintain your habit.

Gain access to exclusive updates, news and offers, ebooks and much more. Simply complete the below to be kept up to date.

How to achieve great results...

Even if you've tried many times before

Good habits rely on flexibility and convenience. Having all of our sessions available via our On Demand library gives you the ability to access great training anytime, anyplace.

Whether you live too far away to visit frequently or prefer the comfort of training at home, our LIVE training program will deliver great results. No matter what you’re looking to achieve, we’ve proven results using this method of training.

Located north and south of the Wye, our two well appointed Hereford gyms, give members from the county and further afield easy access to our services. Both also providing shower and changing facilities and the chance to grab a post workout tea or coffee!